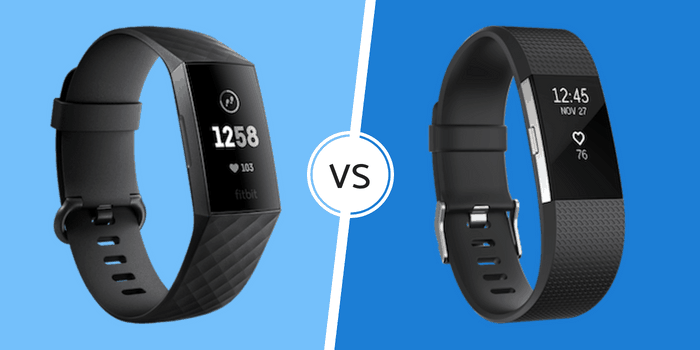 It’s been two full years since the Fitbit Charge 2 was released and we finally have a successor. The Fitbit Charge 3 was announced on August 20, 2018 with several improvements over the Charge 2. Most notably, the Charge 3 is now waterproof, but it still lacks built-in GPS.

In this Fitbit Charge 3 vs Charge 2 comparison, I’ll cover the design, features, accuracy, specs, and a few alternatives you may want to consider. I’ll also offer some final thoughts based on my personal experience wearing and using the devices in everyday life. 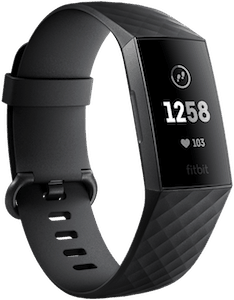 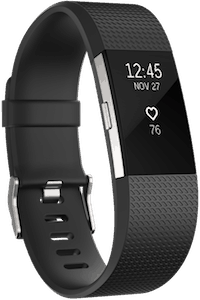 At first glance, the two trackers don’t look all that different, but don’t be fooled by looks. The Fitbit Charge 3 is lighter, slimmer, more durable, and more comfortable to wear than the older Charge 2.

Winner:  Fitbit Charge 3  (for being lighter, slimmer, and more comfortable)

There’s a brand new touchscreen interface that is 40% larger than the Charge 2 and the display itself is made of Corning Gorilla Glass 3, which means the Fitbit Charge 3 is less susceptible to scratches than the Charge 2.

Fitbit Charge 3 is still lacking a color display like the Fitbit Versa and Ionic, but there are now more shades of gray (no pun intended) that allow for some refreshingly new animations and graphics compared to the Charge 2. 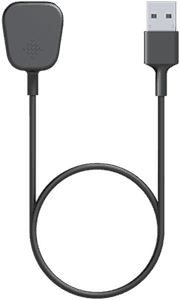 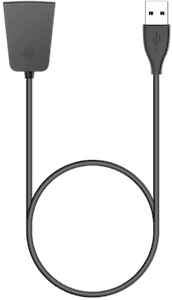 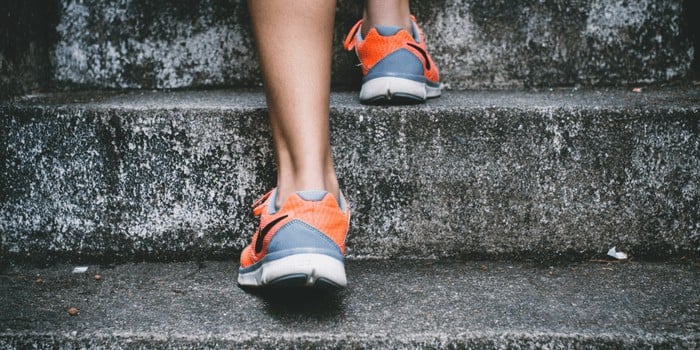 The Fitbit Charge 3 and Charge 2 are two of the best fitness trackers you can buy in 2018. As such they can both track your all-day activity including your steps, distance, calories burned, active minutes, and floors climbed.

Something you may not know though is Fitbit has enhanced its heart rate technology in the Fitbit Charge 3. Ultimately, this means that Charge 3 can better estimate all-day calorie burn compared to Charge 2, giving it the advantage in all-day activity tracking. 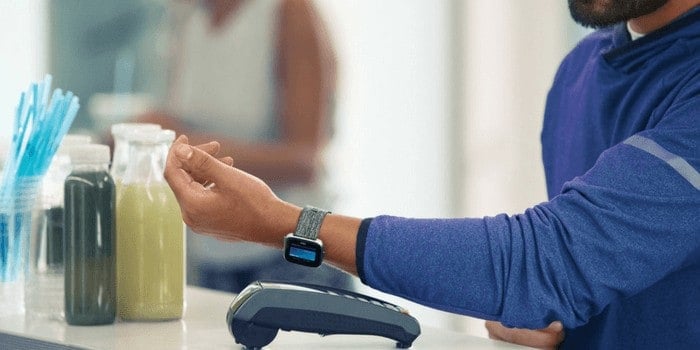 Both the Fitbit Charge 3 and Charge 2 have interchangeable bands (something the Charge and Charge HR didn’t have) and neither have on-board GPS or the ability to store and play music, and that’s about where the Hardware Feature similarities end.

Most notably the Fitbit Charge 3 is now swimproof so you can wear it in the shower, pool, or ocean. It also has enhanced heart rate technology which Fitbit claims will improve heart rate accuracy during exercise compared to Charge 2, and provide a better estimate of calorie burn and resting heart rate.

Fitbit Charge 3 also has a 40% longer battery life of up to 7 days compared to up to 5 days for the Charge 2 and the Special Edition versions of Fitbit Charge 3 have an NFC chip which allows for contactless payments. 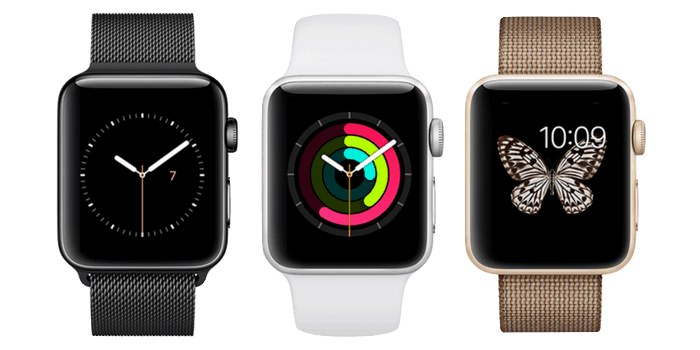 In addition to the previously mentioned new touchscreen that is more durable and 40% larger than Charge 2, the Fitbit Charge 3 introduces the ability to view your sleep duration directly on the display (it’s likely that the Versa and Ionic will get this feature at some point, but that hasn’t been verified yet).

Fitbit Charge 3 can also display for females where they are in their cycle (something Versa can do, too) and all of your health stats are displayed on a personalized dashboard called Fitbit Today.

Neither Fitbit Charge 3 nor the Charge 2 have an always-on or color display, however, the Charge 3 does have a grayscale display with new graphics that can automatically adjust to lighting conditions throughout the day and night.

Both the Fitbit Charge 3 and Charge 2 have multiple clock faces to choose from, though they aren’t customizable and there are no 3rd party clock faces like there are for Versa and Ionic.

Winner:  Fitbit Charge 3  (for adjustable brightness, Fitbit Today, and being able to view sleep duration and a female health tracking stat on the display) 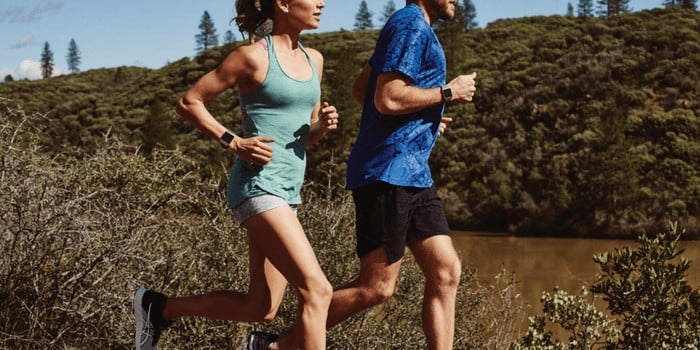 Both the Fitbit Charge 3 and Charge 2 have Automatic Exercise Detection and allow you to track specific exercises with 15+ exercise modes. You can also view your Cardio Fitness Level and Minutes Spent in Each Heart Rate Zone in the Fitbit Companion app.

The Fitbit Charge 3 introduces the ability to start a goal-based workout for those times when you want to exercise for a certain amount of time, a specific distance, or to burn a set number of calories. It also introduces enhanced heart rate technology which Fitbit claims improves accuracy of heart rate tracking and calories burned during exercise (one of the first things I’ll test when I get mine).

Neither the Fitbit Charge 3 nor the Charge 2 have on-screen workouts or on-board GPS. They also don’t allow for customizing the stats displayed on the screen during a workout or having the screen always-on during exercise. 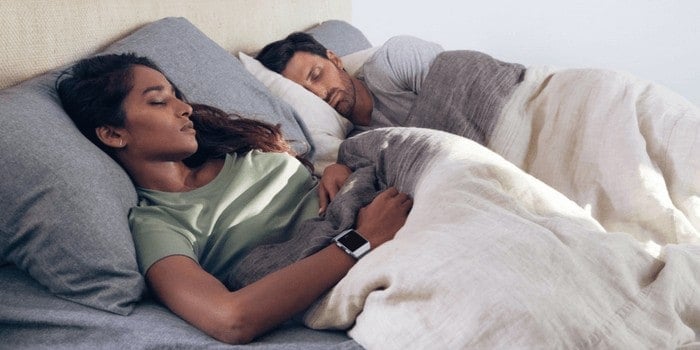 Fitbit trackers are hands-down the best wearables for tracking your sleep and, while other brands are still trying to catch up, Fitbit has introduced a few new Sleep Features with the launch of the Fitbit Charge 3.

Both trackers can track your sleep automatically, measure your resting heart rate, and wake you with a silent vibration. They can also measure how much time you spend in each Sleep Stage and give you Sleep Insights. Additionally, the Fitbit app can help you set a Sleep Schedule and give you a Bedtime Reminder.

The Fitbit Charge 3 follows the trend of Ionic and Versa with an on-board relative SpO2 sensor that may one day help diagnose sleep apnea (though it does not currently and there is no certainty that it will ever actually do so).

Fitbit also announced a Sleep Score beta that will provide a nightly score of your overall sleep quality and said it would be available in late 2018 to trackers with advanced heart rate tracking like the Charge 3 (but not the Charge 2).

Finally, if you’ve ever wanted to see how much sleep you got on your tracker’s display, the Fitbit Charge 3 will be the first Fitbit tracker to show your sleep duration on its dashboard display (note that you still do have to sync with your phone first).

Winner:  Fitbit Charge 3  (for relative SpO2 sensor, Sleep Score beta, and being able to view sleep duration on the display) 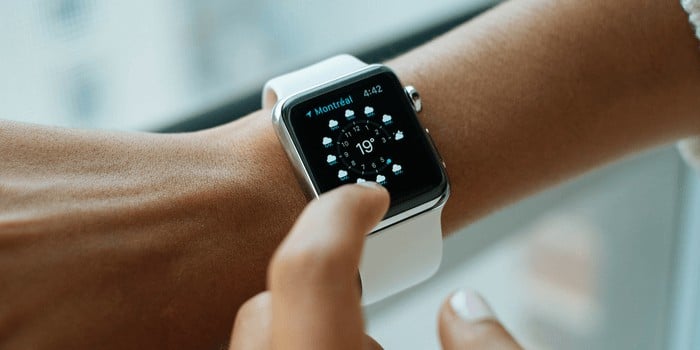 The Fitbit Charge 3 really ups the ante over the Charge 2 when it comes to Smart Features. You can view call, text, and calendar alerts on both trackers, but the Fitbit Charge 3 also allows you to view all your smartphone app notifications, accept or reject incoming calls, and even send quick text replies (Android only).

Neither tracker has access to the Fitbit App Gallery available on the Versa and Ionic, but the Fitbit Charge 3 does include some on-device apps including Alarms, Timer, and Weather (Calendar and Fitbit Leaderboard coming “soon”).

Winner:  Fitbit Charge 3  (for having some on-device apps and being able to view smartphone app notifications, accept or reject calls, send quick text replies for Android) 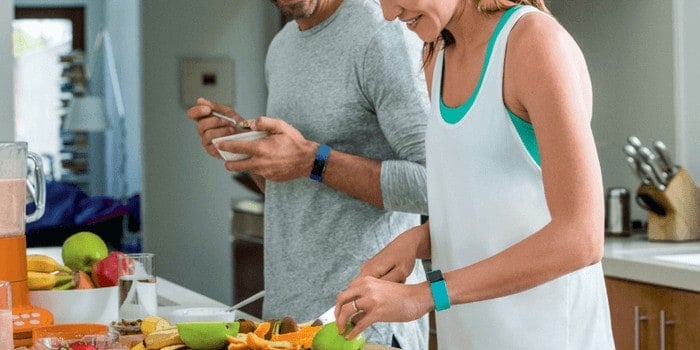 Guided Breathing Sessions are available on both the Fitbit Charge 3 and Charge 2. You’ll also get Reminders to Move on both trackers and the ability to customize the reminders and see your Hourly Activity history in the Fitbit companion app. The app for both trackers also allows you to log your food, water, and weight.

Additionally, females can use the Fitbit app to track periods, record symptoms, see a predicted ovulation calendar and more. The only difference here is that the Fitbit Charge 3 can let you know where you are in your cycle on its display, while you’d have to look at the app for that information with the Charge 2.

Winner:  For women, there is an ever so slight advantage to Fitbit Charge 3 (for being able to view a female health tracking stat on the display) 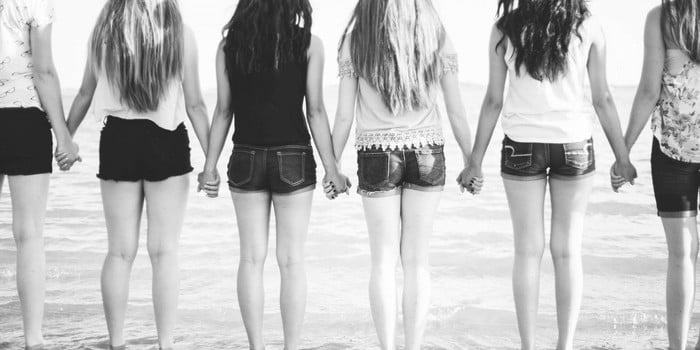 The Fitbit companion app for both the Charge 3 and Charge 2 allows you to add friends and compare your step counts in a rolling 7-day leaderboard. You can also create challenges with some or all of your friends to see who can take the most steps in a day, workweek, or weekend.

If you want some extra motivation you can try Fitbit’s Adventures and take a virtual hike with your daily steps, or discover like-minded people through topic-specific communities with Fitbit Groups. Fitbit even has their own Feed where you can see updates from your friends and groups.

We’ve got two Fitbits being put up against each other in this Fitbit Charge 3 vs Charge 2 comparison, so the algorithms used to track all-day activity stats like steps, distance, active minutes, and floors climbed are identical. What is different, however, is the heart rate tracking technology.

Fitbit has announced “enhanced heart rate technology” for the Fitbit Charge 3 and claims it offers improved accuracy during exercise compared to Charge 2 and better measures stats like calories burned.

For now, we’ll assume Charge 3 has the advantage over Charge 2 in terms of calories burned accuracy, but you can be sure this is one of the first things I’ll be testing when I get my tracker and I’ll let you know if the claims have any truth.

Winner:  Fitbit Charge 3  (for having “enhanced heart rate technology” that “better measures stats like calorie burn” — yet to be tested / confirmed)

Back in January 2015, Fitbit introduced the first wearable technology that could automatically and continuously measure heart rate from the wrist. This has been ground-breaking new technology, but it hasn’t been without its flaws.

Because of my own personal experience with inaccurate heart rate readings during high-intensity exercise, no Fitbit has yet to appear on my list of the best wearables for tracking your heart rate during exercise, but this could change.

Fitbit has announced “enhanced heart rate technology” for the Fitbit Charge 3 and claims it offers improved accuracy during exercise compared to Charge 2 and better measures stats like calories burned and resting heart rate.

For now, we’ll assume Charge 3 has the advantage here, but you can be sure this is one of the first things I’ll be testing when I get my tracker and I’ll let you know if the claims have any truth.

Winner:  Fitbit Charge 3  (for having “enhanced heart rate technology” that offers “improved accuracy during exercise compared to Charge 2” and “better measures … resting heart rate” — both yet to be tested / confirmed)

Though Fitbit did introduce some new sleep-related features with the launch of Charge 3, they didn’t announce any improvements to its sleep tracking accuracy.

They did announce enhanced heart rate technology that can better measure resting heart rate, but it is yet to be determined if this is actually the case, and if it has any effect on sleep tracking accuracy.

So, for now at least, the Fitbit Charge 3 and Charge 2 are equally accurate at sleep tracking and two of the best wearables for tracking your sleep.

The Fitbit Charge 3 and Charge 2 are both great fitness trackers, but maybe you want a tracker that’s slimmer or looks more like a watch. Or maybe you really need built-in GPS or the ability to connect to a chest-strap heart rate monitor.

If so, here’s a look at some of the best alternatives to the Fitbit Charge 3 and 2. 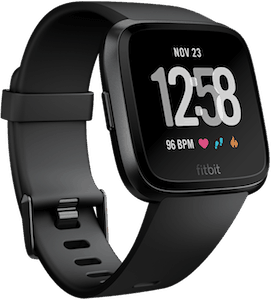 The Fitbit Versa is Fitbit’s second smartwatch and the closest competitor to the Apple Watch. It’s got music storage and playback, but doesn’t include built-in GPS. With over one million devices sold to date, this Fitbit is already a hit. 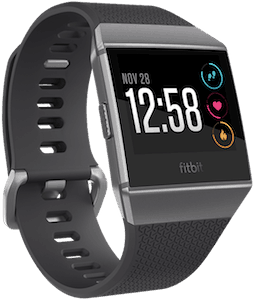 The Fitbit Ionic is Fitbit’s first smartwatch and the one to get if you’ve got your heart set on a Fitbit with built-in GPS. 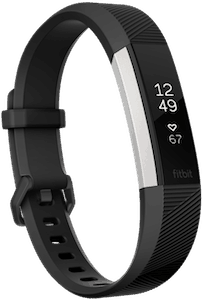 The Fitbit Alta HR is essentially a slimmer Charge 2. If you prefer the slender design, don’t need the additionaly features, and want to save $20, then the Alta HR could be the perfect fit for you. 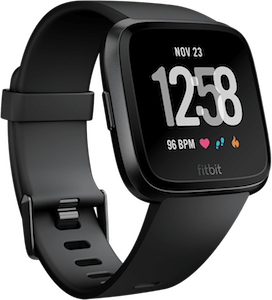 If you’re on a budget or you prefer the look of a fitness tracker to a smartwatch, it’s hard to go wrong with the Fitbit Charge 3. You’ll get an ultra-modern, swim-proof tracker that can optionally display your smartphone app notifications directly on your wrist.

If price is a concern, the Fitbit Charge 2 is still a very capable fitness tracker. You’ll lose out on swim-proofing and you won’t get all your smartphone app notifications on your wrist, but you’ll still get great sleep tracking and social features in the Fitbit app.
Check Price at Amazon